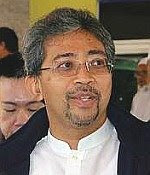 Kirin on Friday announced the sale to Q-Tech Alliance Holdings Inc., a company incorporated in the Philippines with an authorized capital stock of P1 billion.

Under the share sale agreement between the two parties, Q-Tech will buy all the 628,666,675 shares Kirin holds in SMC at P63 each (¥120). SMC shares were valued P41.50 each at the end of Friday’s trading at the stock market. Kirin and Q-Tech expect to close the transaction in May.

Recto, in a phone interview, told the BusinessMirror that Q-Tech’s acquisition of the SMC stake will be bankrolled by both equity and debt. “The opportunity to pick up a 19.91-percent block in SMC at a price that we think is fair does not come too often,” he said.

Asked if Q-Tech is positioning itself as an aggressive investor in Philippine business, Recto said the company’s focus is its investment in SMC. “Once that is done, then we will evaluate what else might come Q-Tech’s way.”

Q-Tech’s incorporation papers have recently been approved by the Securities and Exchange Commission (SEC). Based on its filing, its primary purpose is to “acquire by purchase, exchange, assignment or otherwise, and to sell, assign, transfer, exchange, lease, let, develop, mortgage, pledge, deal in and with and otherwise operate, enjoy and dispose of all properties of every kind and description and wherever situated and to the extent permitted by law, including but not limited to real estate.”

Recto doused speculation that SMC vice chairman and president Ramon S. Ang is part of Q-Tech’s board, saying, “Ang is not in Q-Tech although it was through him that we learned about the interest of Kirin to divest of its SMC shares.”

Kirin will pay P58.9 billion, partly funded by the sale of its holding in the parent of the beermaker, the Japanese brewer said in statements to Tokyo’s stock exchange. The price represents an 8.8-percent discount on San Miguel Brewery Inc.’s closing price on Thursday.

The deal gives Tokyo-based Kirin direct ownership in the country’s biggest brewer, which was spun off in May as SMC diversified into energy and mining. The purchase will help Kirin president Kazuyasu Kato meet his goal of doubling the proportion of overseas sales by 2015.

“We view the investment in San Miguel Brewery as positive since it entails the core alcohol business with high profitability and growth potential,” Naomi Takagi, an analyst at JPMorgan Chase & Co., said in a report before the announcement. “Ultimately, Kirin would like to make San Miguel Brewery a subsidiary with additional investments.”

San Miguel Brewery shares fell 7.2 percent on Friday, the most since the company’s initial public offering in May, to close at P9 pesos before the announcement. Kirin declined 0.8 percent to ¥930 in Tokyo.

The sale reduces SMC’s stake in the brewing unit to 51 percent from 94 percent. Kirin said it will offer to purchase more stock from San Miguel Brewery investors at P8.841 a share, the same price paid to San Miguel Corp., to take a 49-percent stake.

The company has been making San Miguel Beer for more than a century. The beer is brewed in the Philippines, China, Indonesia, Vietnam, Thailand and Malaysia, and is sold in 60 markets worldwide, according to the company’s website.

“We need a strong partner for our brewing business particularly as SMC begins to branch out into other industries and I am confident that as a result of Kirin’s direct buy-in, our beer products will see higher sales and even better efficiencies going forward,” said Ang.

Since 2007, SMC has been selling its food and beverage assets as it seeks to expand into faster growing mining, infrastructure and property industries.

The transactions allow Kirin to “focus its investment in the alcohol business,” the Japanese company said.

The deal follows San Miguel Brewery’s payment of P5.24 billion in dividends in the three months to February 13, which exceeded the P4.4-billion cash and near-cash items the company had in September. San Miguel Brewery also agreed to pay P38.8 billion to acquire beer brands, intellectual property rights and parcels of land from SMC.

“San Miguel has been well advised by its investment bankers,” James Lago, head of research at PCCI Securities Brokers Corp. in Manila, said. “There will be short-term pressure on San Miguel Brewery’s cash flow once it starts servicing the debt it must raise to pay for those assets acquired from SMC. But if Kirin is in it for the long haul and believes that the Philippine beer market still has room for growth, then it’s an acceptable risk.”

Kirin said in August it planned to spend ¥300 billion on acquisitions to maintain growth. It aims to increase its percentage of overseas sales to 30 percent by 2015 from 18 percent in 2006.

The Japanese company has been accelerating its international expansion as a declining birthrate reduces potential customers at home and a stronger yen makes foreign acquisitions less expensive.

In 2007, it acquired Australian dairy and fruit juice maker National Foods from SMC in a deal valued at ¥294 billion. It built on this with the takeover of Australia’s Dairy Farmers for A$675 million last year.

In January, Kirin said beer sales by volume will probably fall 0.5 percent in Japan this year.

With the purchase by Kirin of a 43.25 percent stake in SMB, the Japanese company will conduct a tender offer to buy additional shares from all other existing SMB shareholders at the same purchase price offered to SMC. The details of the tender offer will be announced by Kirin once they are finalized.

The move is in compliance with the Securities Regulation Code which mandates that an entity buying more than 35 percent of a company must tender offer to the other shareholders. Honey Madrilejos-Reyes, with Bloomberg

Some will call it a swap deal by any stretch of imagination. Former Trade Minister Roberto Ongpin and Ashmore executive Seumas James Dawes are part of a group that is buying Kirin Holdings Co.’s 19.9-percent stake in San Miguel Corp.

Q-Tech Alliance Holdings Inc., the company formed by Ongpin and Eric Recto, president of Petron and a representative of Ashmore in the Philippines’ largest oil refiner, is the corporate buyer of Kirin’s entire stake in San Miguel Corp.

Q-Tech’s impending purchase of the San Miguel stake coincides with the plan of the Ashmore Group to sell its entire stake in Petron to San Miguel under an option-to-purchase agreement.

Q-Tech’s exact corporate identity remains a mystery but the grapevine said Ashmore Group would likely have a significant control in the company as compensation for losing control of Petron. As a San Miguel investor, Q-Tech will also have an indirect ownership of Manila Electric Co.

Mirzan Mahathir, meanwhile, is a director of at least eight companies listed on the Kuala Lumpur Stock Exchange. His private company, Peringkat Prestasi, holds many of his investments, including a large stake in Lion Corp. His Konsortium Perkapalan Bhd, a listed haulage and logistics company, controls almost half of Malaysia’s road freight market.

The younger Mahathir is dogged with controversies in Malaysia. He has received a rescue package for his shipping empire that includes aid from state-controlled Malaysian International Shipping Corp. and government-owned Petronas. His father defended the package, saying it was a routine commercial transaction. Critics labeled it as favoritism.